A Short History of Happenings

If you google the word “happening“, Wikipedia will tell you that it’s a “performance, event or situation meant to be considered art”. That’s because, in the 1950s, an artist named Allan Kaprow woke up one morning and started calling his performances “Happenings”.

What Wikipedia doesn’t tell you is that, by definition, a happening is simply “an occurrence“. Literally anything that happens (verb) is a happening (noun). And yet we rarely use the word as a noun. It’s our gut feeling or worldview or Wikipedia telling us that some occurrences are happenings and others are not.

Happenings are in the eye of the beholder 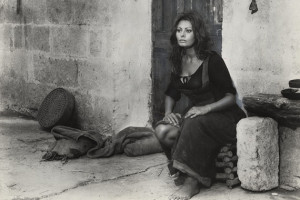 For most of us, the act of washing dishes is nothing more than an “occurrence”. But a peasant (played by Sophia Loren) washing dishes in a contest to win the heart of a charming Prince (Omar Sharif)? That’s a happening in my book.

Like the late Kaprow, I create happenings for a living. And, like Kaprow, I’m hijacking the word to contribute to its etymological evolution. Because happenings aren’t created just by artists anymore. They’re created by the people who gather other people around stories: journalists, marketers, event planners, community managers and, yes, the occasional artist.

So here’s my short and subjective history of happenings. Tell me what you think on Twitter or LinkedIn.

Richard Medic is Chief of Happenings at happeningo digital agency and Soonfeed, the world’s first timeline of scheduled happenings online.

Sign up to our monthly mail in the footer.