Wanna get high in Mostar?

Then join us on the last Sunday of every July for the Old Bridge diving competition in Mostar, the town in Bosnia-Herzegovina where Soonfeed was born. We’ll be posting LIVE on Facebook so you can be there when it happens, no matter where in the world you are. 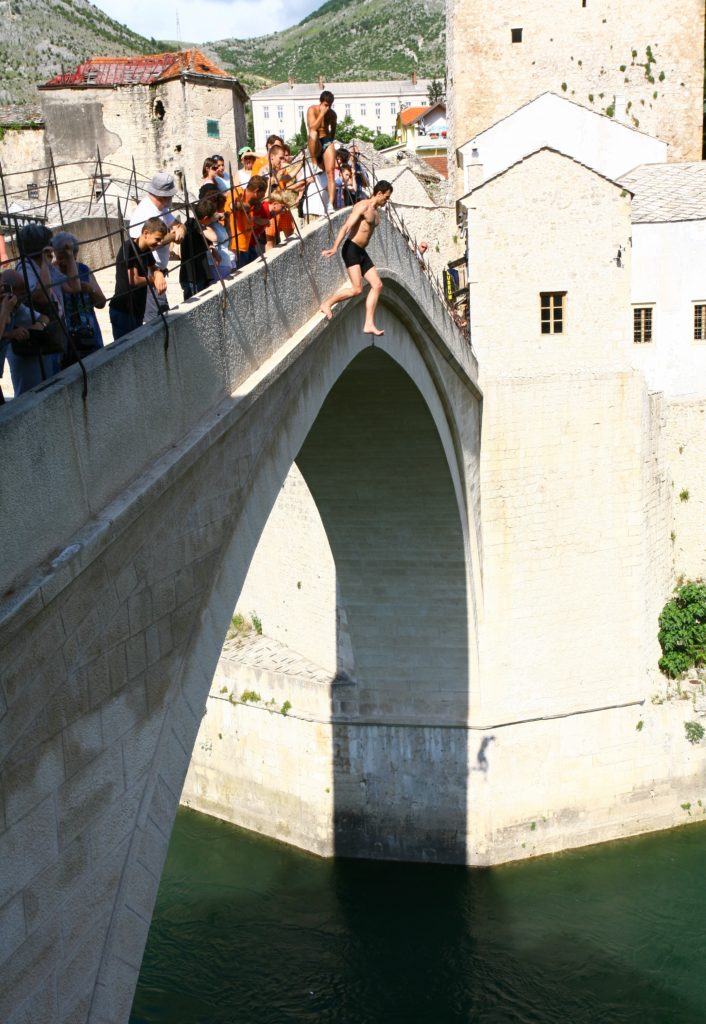 Like a ballerina. My first jump didn’t hurt at all.

The bridge and me

I might be an Australian living in Brussels, but Mostar is my spiritual home. Spiritual because I want to throw up in my mouth a little whenever I’m there. Not always in a bad way though.

In 1986 I crossed the Old Bridge for the first time while visiting the old country with my then-Yugoslav father. In 1993 I watched, from a cosy couch in Melbourne, as the bridge was obliterated by war. By 2002 I got weary of the cosy couch and migrated to Mostar as an OSCE press officer.

It was in 2004 that I spotted, from my flat above a gyno clinic near the bridge, a washing machine floating down the Neretva River. This was a few weeks before the official opening of the reconstructed Old Bridge, and Prince Charles was going to be there for God’s sake. So I enlisted volunteers to remove 7 trucks of rubbish from the river. We never found the washing machine.

In 2006, on my last day with the OSCE, I planted a Ginkgo Biloba tree with a little ceremony in the City Park. It was dedicated to the late Dr. Zlatko Hrvic, a man who’d introduced me to the wonders of the Ginkgo, and of Mostar itself . The city mayor gifted me a paper weight during the ceremony. “We would have gotten you something bigger,” he said, “had you not been such a pain in my arse.”

In 2007 I returned to Mostar, this time to jump from the bridge for the first time. It didn’t hurt at all. The following year I jumped from the bridge again. That time it hurt a bit. But we set a world record for the most people chanting the word “subsidiarity”. 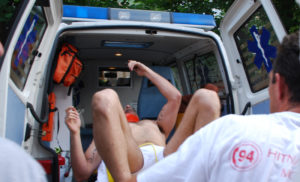 My second jump hurt a bit though.

In 2011 the concept of Soonfeed “beforetime” media was born. Not in a Silicon Valley garage, but in a question posed to me on a Mostar river bank. “Why,” a local friend mused, “isn’t there something like a TV guide for the web?”

Richard Medic is founder of happeningo communicators and Soonfeed, a beforetime media mission to tell the truth early and often.