The 10 Greatest Happenings Online of 2015

This isn’t a list of the most viewed, talked about or influential happenings on the web this year. It’s a compilation of the live moments that I’m glad to have witnessed or pissed to have missed. As with beauty, the greatest happenings are in the eye of the beholder.

Since it’s my job to know what’s happening online before it happens, I’ve been more privileged than pissed this year. So here are the 10 Greatest Happenings Online of 2015, in no particular order, out of the eye of this beholder.

A tram lubricates the tracks of Prague 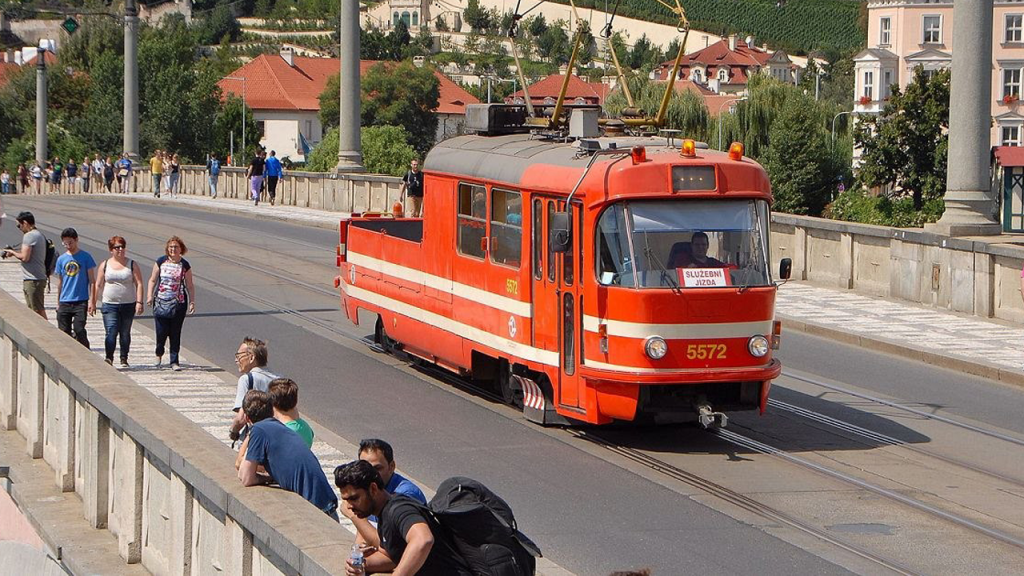 Slow TV first appeared in 2009 when Norway’s public broadcaster simulcast a 7-hour train journey from the driver’s cabin. Tram Cam has brought a similar concept to Prague. The live stream captures moments of banality, bemusement and the occasional fender bender from the back of a peculiar looking tram that lubricates tracks. As with all Slow TV, Tram Cam is so therapeutic because you’re chasing a happening that never actually happens. You’re drawn into a story without a climax or resolution, so you’re lulled into a state of lazy anticipation, a bit like a slot machine that never pays out. I get a similar feeling watching this roundabout in the Netherlands or this waiting room in the US.

A man live blogs his quest to catch a cheating wife

Reddit’s AMA (ask me anything) sessions feature some of the best live chats on the web. But it was this story on the sub-reddit TIFU (today I fucked up) that deserves a place among our greatest happenings this year. Over a period of three days, a devastated redditor live blogged his investigation into his wife’s affair. The post has since been deleted, probably after the wife read about it in the world’s media.

We launch the world’s first timeline of happenings online

Soonfeed is a timeline of what’s happening soon on the web, a bit like a TV guide for online moments. Born in Mostar (that’s Bosnia-Herzegovina, not California) in 2010, the soonfeed concept has since evolved into a widget for live content creators and curators, event planners and community managers who want to gather crowds around moments online. Embed the soonfeed widget to announce scheduled happenings beforetime, so users can discover and get an alert as it happens in realtime.

A bride posts a photo of a dress on Facebook 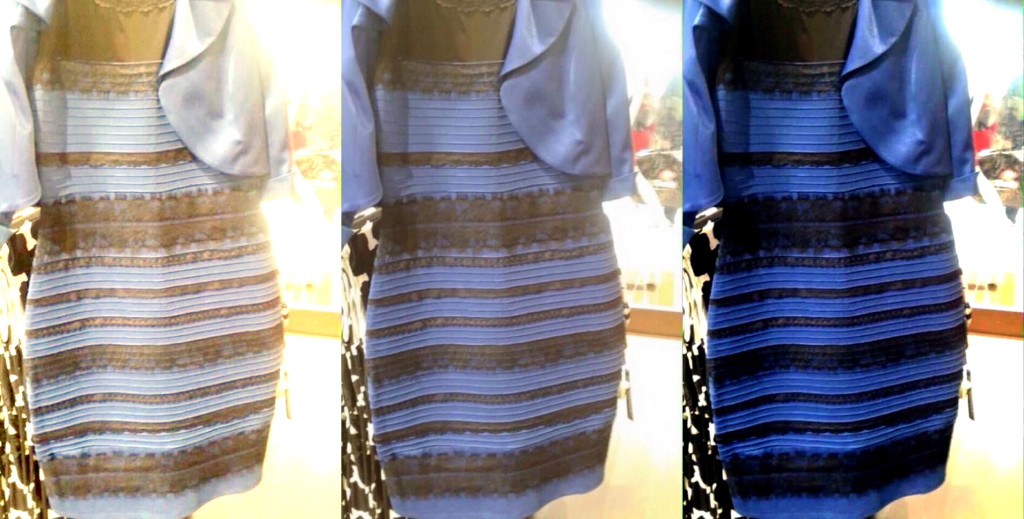 Within days after it was first posted on Facebook, The Dress had generated over 10 million tweets, 37 million Buzzfeed hits, 60 billion bla-bla’s and over 2 trillion bow-wows. Although they didn’t know it at the time, the Facebook friends who first saw the photo in their news feeds were privy to the birth of a viral phenomenon that would divide the entire planet. So while I had little interest in the colour of The Dress by the time I saw it, that initial moment on Facebook is a happening in hindsight I would have gladly witnessed. 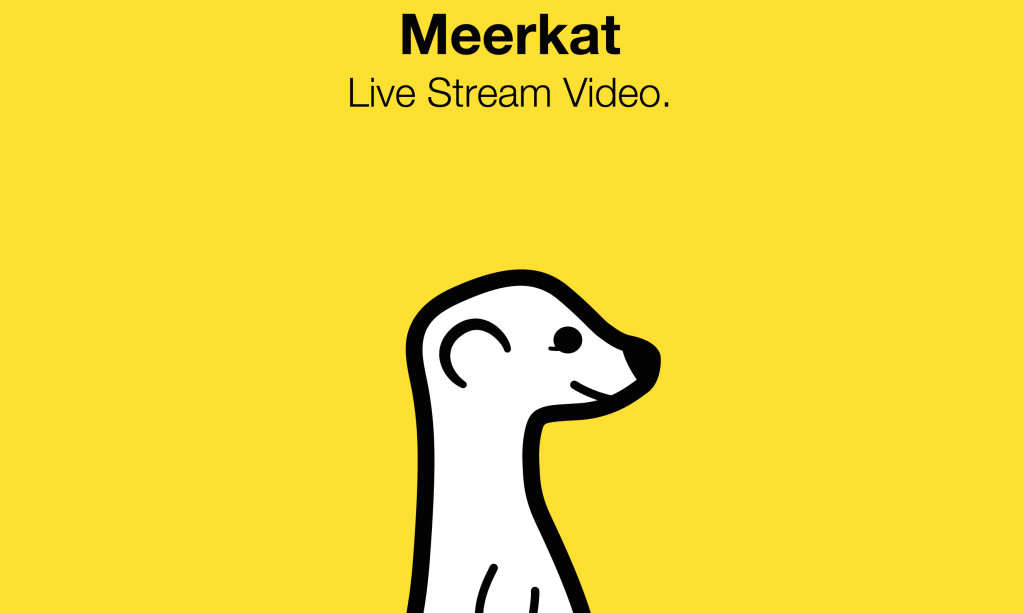 For a few years now, platforms like Livestream, Bambuser and Twitch have enabled content publishers to live stream and embed video. But until this year, live streaming remained a relatively niche form of content creation. Then in February, product curation and crowd voting site Product Hunt featured a new iOS app called Meerkat, which enabled iPhoners to easily live stream and interact with users on Twitter. Early adopters were enchanted. Two weeks later, at SXSW in Texas, the festival eliterati went nuts (much like they did with Twitter in 2007), prompting Twitter to acquire rival app Periscope while cutting Meerkat’s access to its social graph. Live streaming had suddenly become social, mainstream and fiercely competitive.

Brussels. It’s the European capital of chocolate, beer and the institution responsible for some of the most uninspiring tweet chats on Earth. The European Commission loves to engage with “ordinary citizens”, which typically means wheeling out a European commissioner to take on the usual policy wonks, lobbyists and trolls in a Twitter Q&A. Inspired by this post from Brussels blogger Berlaymonster, I ran a little experiment. Could a Twitter chat with Robert Schuman, the “Father of Europe” who’s been dead for 52 years, engage more eurotweeps than those live chats with European commissioners who aren’t dead? Yes, it most certainly could.

Donald Trump, who’s not dead, answers your questions on Twitter 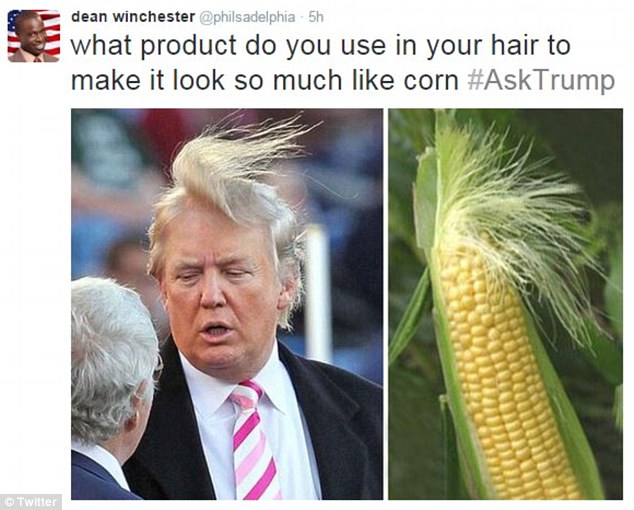 Meanwhile, across the Atlantic, a Republican contender for US President showed the Europeans how it’s done. The Donald’s #AskTrump tweet chat attracted much scorn and piss-taking, but his lo-fi video bites earned him the kind of media coverage his rivals can only dream of. The guy’s a master at generating live content that baits liberals and CNN alike. He Periscopes live video chats, live tweets the Democratic Debates, and launches contentious policies in 140 characters of bombast. Trump leverages social media to speak directly to his fans and foes, much like Churchill and Roosevelt in the 1940s (radio) and Kennedy in the 1960s (TV). That’s where the similarities end, however, since those men weren’t totally nuts. 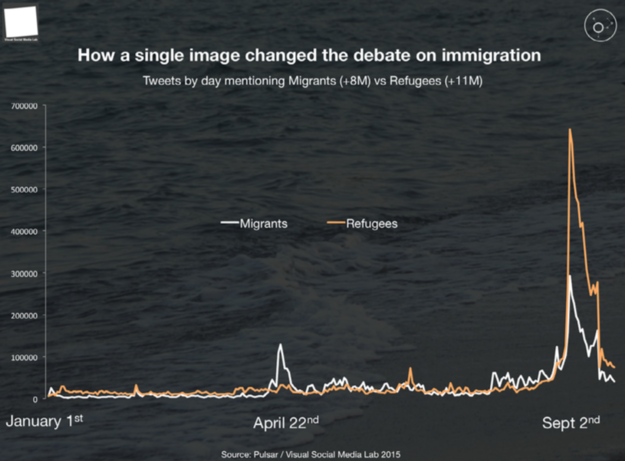 At 9am on 2 September, Turkish news agency DHA reported that 12 Syrian refugees had died after their boat capsized en route to Greece. More than 100 photos accompanied the report, but it was the image of 3 year-old Alan Kurdi, face down on a beach, that swept its way into Twitter timelines and news headlines worldwide. Within hours, the image had propelled a sluggish EU debate about “migration” into a global conversation about “refugees”. 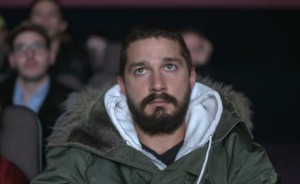 In a maddeningly compelling combo of performance art, Autonomous Sensory Meridian Response session and Slow TV, the actor live streamed himself watching every one of his movies in a New York City theatre over three days. The happening found a crescendo of sorts the moment Shia wept.

A Google Doc brings you COP21 in glorious lo-fi 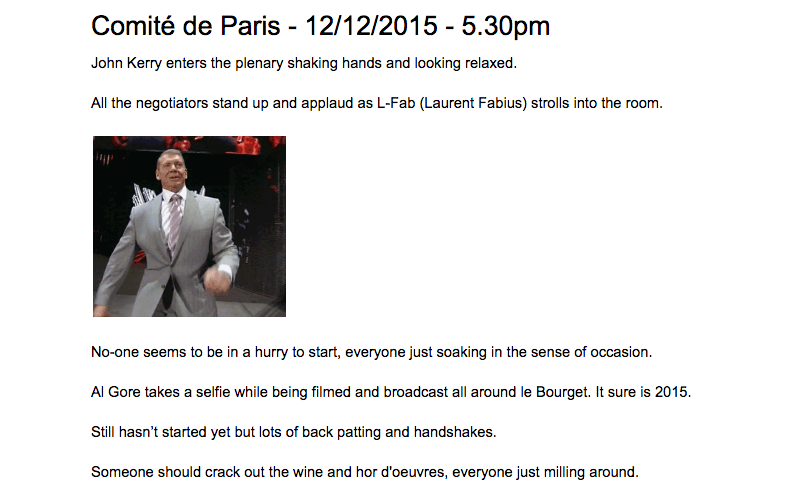 Having curated a special COP21 soonfeed and 50 Days of Spin for the UN climate conference, we were privy to all kinds of live content during the Paris talks. There was an official webstream of the main sessions, live blogging from every major media and live tweeting by zealous delegates. But the best live coverage of COP21 was this Google Doc authored by two young New Zealanders attending the talks. Their seat-of-the-pants transcript was peppered with enough snark and gifs to keep climate junkies fueled and entertained for an entire fortnight.

What was your fave moment online this year? Let us know at @happeningo.

Richard Medic is Chief of Happenings at happeningo digital agency and Soonfeed media.